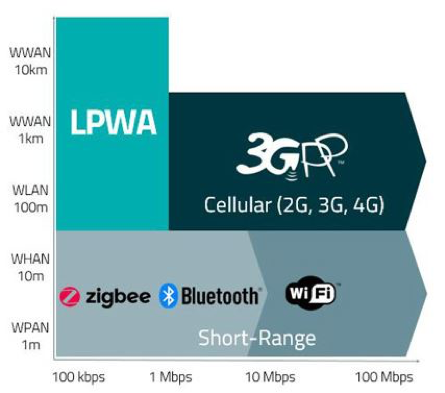 The Future of IoT

Although the term “Internet of Things” was coined 20 years ago, only recently has it gained something close to mainstream use. While there was never an Internet of People, the first phase of the widespread adoption of the Internet was really about connecting people. The IoT extends the original concept to everyday objects (appliances, cars, buildings, etc.) allowing them to connect, interact, and exchange data without the need for human intervention. 20 billion “things” are projected to be online globally by the end of 2020. This is likely to include most of your household appliances, security systems, heating and cooling systems.

As consumers, we’ve come to accept that it is normal, if not expected, that “smart” appliances connect to the Internet. These connections open many new opportunities to add value by permitting remote control of the temperature in each room of your house, whether the front door is locked or not, which rooms are occupied, if the windows and drapes are open or closed and so on.

From a business perspective, IoT means connecting all manner of devices in a multitude of domains. In factories IoT sensors are already being used to monitor the environment and security, plus everything that moves such as conveyors, storage systems and items being manufactured, for example, cars. In agriculture, IoT will eventually allow full field-to-fork monitoring of environmental factors and food safety. These new connections will provide many benefits including instant access to operational data, more accurate predictive maintenance of expensive machinery, and very precise remote control of systems on farms, processing facilities, and distribution centers.

As the IoT continues to pick up momentum in the commercial/industrial space, wireless communication technology still represents one of the biggest challenges that is inhibiting growth. In the consumer space, the two technologies that are really the backbone of the IoT are Wi-Fi and Bluetooth. Wi-Fi is the most popular wireless local area network (LAN) technology, while Bluetooth is far and away the most popular personal area network (PAN) technology.

As consumers, we’re becoming familiar with the performance limitations on each. Typically, we’re using Wi-Fi to connect our phones and tablets to our home networks, for example, and we’re using Bluetooth to connect our mobile devices to our wireless loudspeakers and to our car’s handsfree system. Outside of a single-family residence, deploying either Wi-Fi or Bluetooth becomes more challenging due to their limited range. Larger-scale applications such as a processing plant, a large field of planted crops, or a warehouse can use these wireless technologies, but with significant limitations.

Mobile wireless (a.k.a. 3G/4G/5G cellular) includes voice and data services delivered by major providers such as Verizon, AT&T and Sprint. We’re all streaming reams of data to and from our mobile phones, but this type of service is not as frequently used to connect individual things due to its relatively high cost, in terms of both hardware and airtime. Another Achilles heel that the mobile industry has yet to overcome is something we all contend with daily: short battery life. For this reason, most of the current deployments of mobile based sensor monitoring involve auxiliary power supplies (such as solar panels) which add another layer of cost.

LPWA wireless technology to the rescue! A new type of wireless is entering the market to address the shortcomings of the existing options. LPWA systems take advantage of improvements in range (up to several miles) and battery life (several years) to make it easier and more cost effective to deploy sensor networks in areas such as farms, campuses, and industrial complexes.

A Comparison of Network Communication Protocols

Most sensor monitoring systems in use today involve wired or wireless sensors sending data to a central control unit/gateway. LPWA introduces the concept of a per-sensor subscription model without the need for a central control unit connected to an internet connection. This simplifies the deployment of the technology while also reducing costs.

In 2019 you will be hearing more about LPWA – both from hardware solutions providers as well as service providers. AT&T, Verizon, and T-Mobile have all begun offering this type of service – but they are going to see competition from new entrants who have been busily standing up their own LPWA networks (SigFox, Senet, and Comcast are examples) across much of the US. We forecast that the arrival of LPWA will help to make the proclaimed benefits of the IoT, a practical and affordable reality.

These Stories on IoT

Is IoT Ready for the Greenhouse?

The Marriage of IoT & Blockchain